With October creeping right up Goblin Slayer will soon air before we know it! Personally this is one of the anime’s on my fall anime list that I will be for sure watching. the manga has an awesome story line with some amazing characters. If you haven’t read Goblin Slayer the manga, and your looking for something with an engaging plot … I highly recommend Goblin Slayer with all of my heart. Which is weird, because this manga does have it’s fair share of sexual content ( I really don’t care for it), but I was able to over come that, because of the awesome story line.

You guys should know my speech by now, but just in case you are new, and don’t let me warn you now. This special preview of Goblin Slayer will contain spoilers about the manga/upcoming anime. I would suggest reading the manga first if you are not a fan of spoilers. My dudes let’s not forget that plagiarism is so uncool … so I will be sure to source anything that did not come from my mouth.

Let’s start this off with some kick ass trailers my dear blog reading fools!

Summary: “A young priestess has formed her first adventuring party, but almost immediately they find themselves in distress. It’s the Goblin Slayer who comes to their rescue–a man who’s dedicated his life to the extermination of all goblins, by any means necessary. And when rumors of his feats begin to circulate, there’s no telling who might come calling next…” ( Source MAL)

My thoughts: Every time I watch the trailers I get chills down my spine, because I am that excited to see this anime in live action, and not just on paper! nothing is better than reading a really good manga, and seeing it come to life on screen. I am so excited to compare the two, and to see all my favorite characters come to life. The anime just like the manga is set in a fantasy world inspired by tabletop RPG like Dungeon & Dragons. Goblin Slayer is an armored adventurer who only goes by the name Goblin slayer. What kind of creatures does the Goblin slayer fight when there are such a variety of monsters, and demons lurking about?  Take a wild a guess! If you guessed goblins you are right my friend.  In this fantasy world goblins are considered the weakest monsters however, do not be fooled for they do not lack in their cruelty or vicious nature … our hero aka Goblin Slayer is no dummy, and he is determine to slay every single freaking goblin there is.

Nothing like talking about key characters you will want to look out for in the series! My thoughts: If the anime is anything like the manga the characters should be thought out very well. The main character is a total bad ass, and honestly his view on things is really refreshing … I like to think the way they did most of these characters is different than your stereotypical anime character.

Goblin Slayer is stoic for the most part, calm in most circumstances and simply unable to devote himself to anything outside of preparations to deal with Goblins after the ordeal he went through as a child. Because of this, he lacks the ability to understand certain social norms and doesn’t notice the affections of those around him. His companions are working to help him overcome this, but the process isn’t easy. Despite this, he has been shown prioritizing the safety of companions and civilians over his obsession with goblin killing.

His desire to kill goblins stems from two places: to prevent what happened to his village happening to others and to get revenge by eliminating every single member of their race. To this end, he has a single-minded devotion that has led him to being rigorous in hunting them down, leaving nothing to chance, and pushing those under his tutelage into being just as prepared. He will not hesitate to put himself against odds that will all but ensure his death, being more than willing to face off against a goblin horde of at least 100 in an effort to kill as many as he can before they kill him.

Goblin Slayer also seems interested in learning new ideas from people of all walks of life. He is always looking for new knowledge to absorb, mostly to find more efficient ways of tracking, trapping, and killing goblins. ( Source Wiki Fandom)

Priestess’ personality consists of being a young, kind, and a generally helpful person. She is always noted by others to be frail and delicate-looking, and is rather prone to shedding tears and going red-faced when troubled. Which happens often, including whenever Goblin Slayer is being callous. Still, she can and does maintain her assertiveness while tearing up all the same.

Occasionally, she has shown confusion and anxiety over the way her miracles were being used under the instructions of Goblin Slayer, who make full use of it effectiveness in brutal tactics. This only gets worse when she returns to the temple and receives more miracles, making her wonder why the merciful Earth Mother would grant her these protective miracles if they were being used in such a contradiction manner. Priestess is a kind fellow and has no problems making new friends, although she can get rather shy at first. ( Source Wiki Fandom) 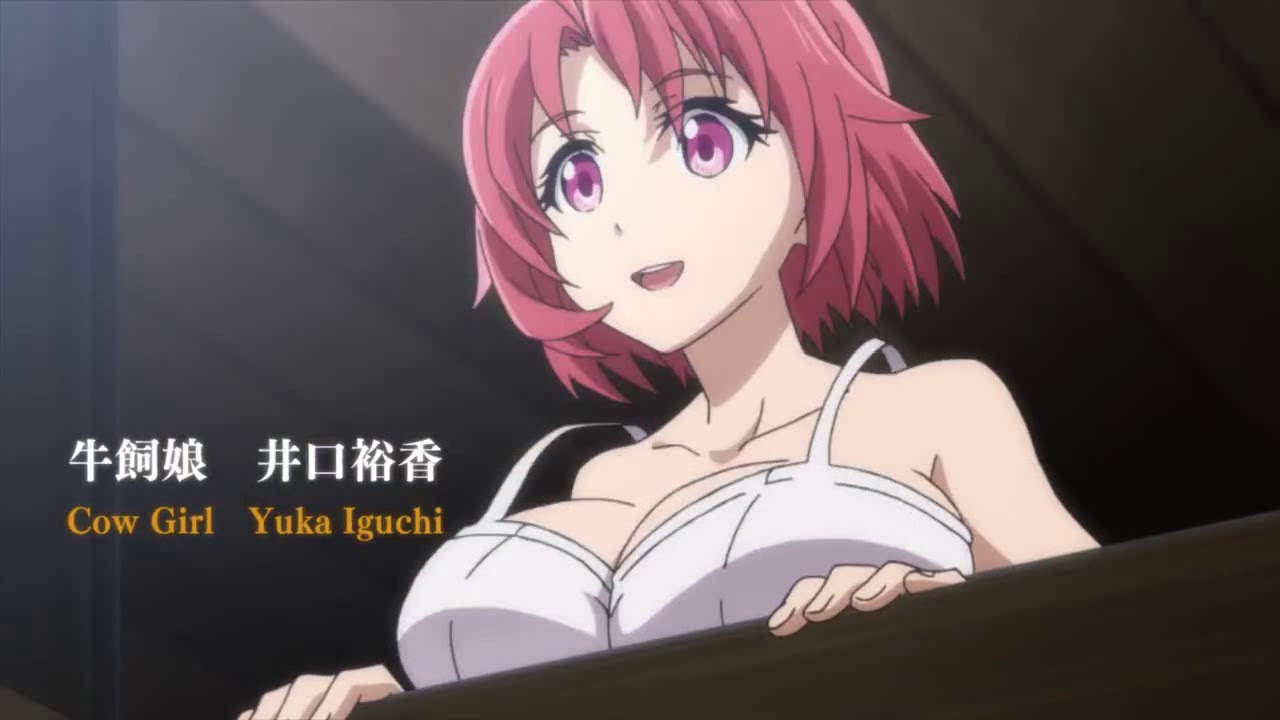 Cow girl is calm yet cheerful, especially when it comes to Goblin Slayer. Before she reunited with Goblin Slayer, she was often sullen, always wishing she was able to be with her best friend again. Cow girl is also noted to be the Goblin slayer childhood friend. ( Source Wiki Fandom)

In spite of her age and experience, she is still quite innocent to the darker aspects of the world. Her first quest with Goblin Slayer has her witness the brutal and severely-overlooked cruelty of goblins for the first time, followed by joylessly killing the perpetrators up close. By the end of this affair, she is soaked in goblin blood and sporting dull eyes of unhappiness.

She has lived for much longer than the Goblin Slayer, Dwarf Shaman, and potentially the rest of the party combined. This does not stop her from childish outbursts and lofty ideas about what an “adventure” entails. It is implied that she spent most of that time living a sheltered life within Elven territory. ( Source Wiki Fandom)

He is cheerful and happy most of the time and is almost always arguing with High Elf Archer. As the more mature of the two squabblers, he would occasionally drop the vitriol to give a distraught High Elf Archer reassuring words and advice, only returning to teasing her when she finally cheers up. ( Source Wiki Fandom)

Most of the time, Lizard Priest carries himself in a calm and composed demeanor, often speaking to others politely and addressing all in a respectful manner. He cares deeply of nature due to the tenets of his religion. In the light of recent events, he is now extremely enamored with the taste of cheese or “nectar”, which he finds extremely exotic as his people do not practice the art of raising livestock. He appears to be the most soft-spoken, even-tempered, and sociable member of the party. ( Source Wiki Fandom)

The anime series is being produced by White Fox, the anime studio behind such shows as Steins;Gate, Re:Zero and The Devil Is a Part-Timer!

You can expect Goblin Slayers to air October 7th, 2018 this fall. It will be simulcast on crunchyroll for fans to watch. I have not been able to find how many episodes this anime will have, or how long each episode will be, but once I do find out I will be sure to let you guys know right away.

Well my friends thank you for stopping by, and reading my blog post on Goblin Slayers. I hope guys give the manga a read if you haven’t already. If you have read the manga I would love to hear your thoughts in the comment section below.  Again, thank you very much for taking the time to read this!