Tanaka- Kun is Always Listless or Tanaka-kun wa Istsumo Kedaruge aired April 9th, 2016 during spring. With 12 episodes that are approximately 24 minutes long you will surely enjoy this slice of life, comedy anime. In this lovely breakdown I will talk about the following, the plot, the characters, the animation, and of course give my overall thoughts! 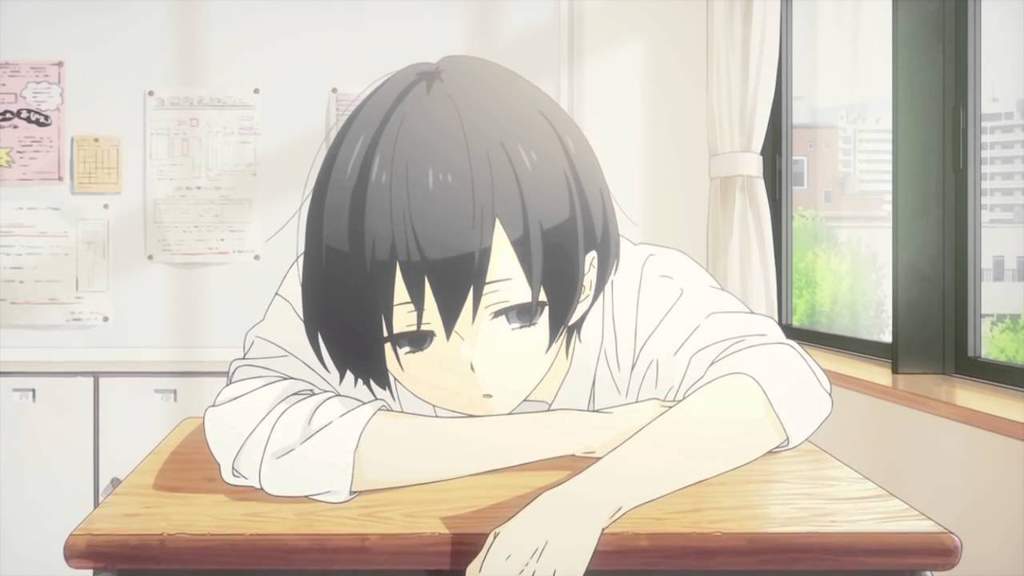 Please note the following,this breakdown will contain spoilers! I suggest you watch the anime first if you do not like spoilers. Moreover, this breakdown is based off my opinion you crazy fools, meaning your opinion may be different, but my dudes that is okay! I will be sure to source any information that did not come from my mouth for plagiarism isn’t cool yo! 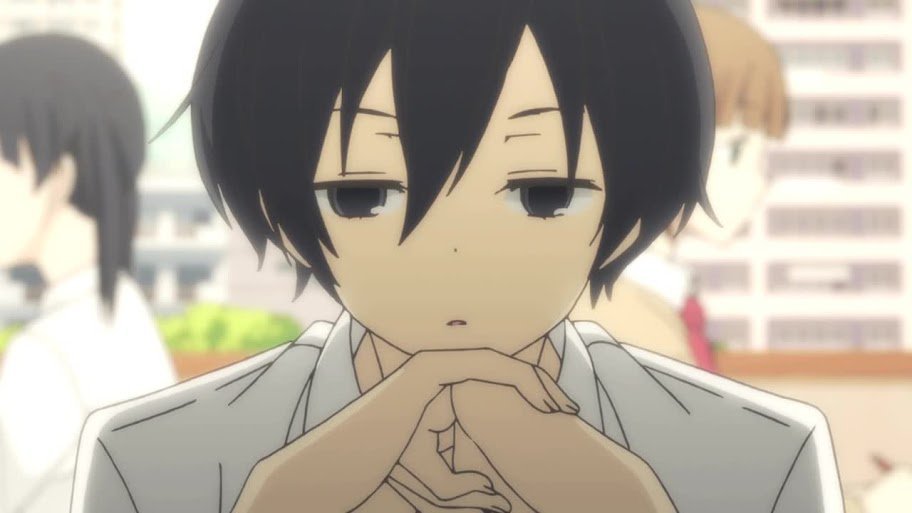 For high school student Tanaka, the act of being listless is a way of life. Known for his inattentiveness and ability to fall asleep anywhere, Tanaka prays that each day will be as uneventful as the last, seeking to preserve his lazy lifestyle however he can by avoiding situations that require him to exert himself. Along with his dependable friend Oota who helps him with tasks he is unable to accomplish, the lethargic teenager constantly deals with events that prevent him from experiencing the quiet and peaceful days he longs for. (Source MAL) 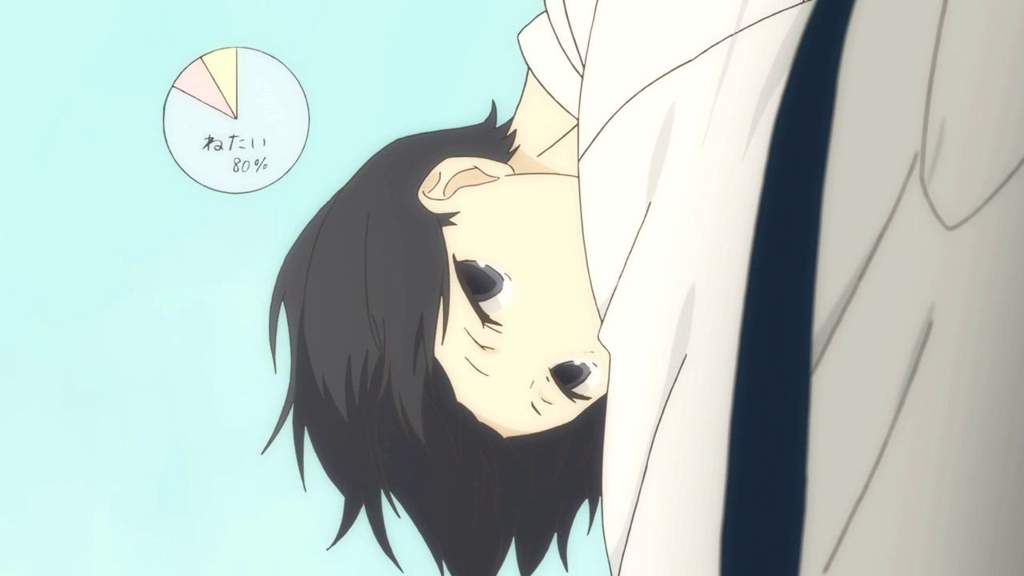 When I first saw Tanaka-Kun I was a little skeptical on rather or not if I should watch the anime. It seemed, and look like a rather humdrum type of anime, but boy was I wrong. Tanaka-kun went above, and beyond my expectation. Tanaka-kun is a very underrated anime, and I feel like this needs to change! Tanaka-Kun is basically about Tanaka who is a very listless highschool boy. He seems to have no care in the world about anything. The slice of life, and comedy was blended very well together. The school theme anime is a bit overrated, and cliche but the laid back comedy will surely put a smile on your face, as you watch Tanaka overcome awkward situations. 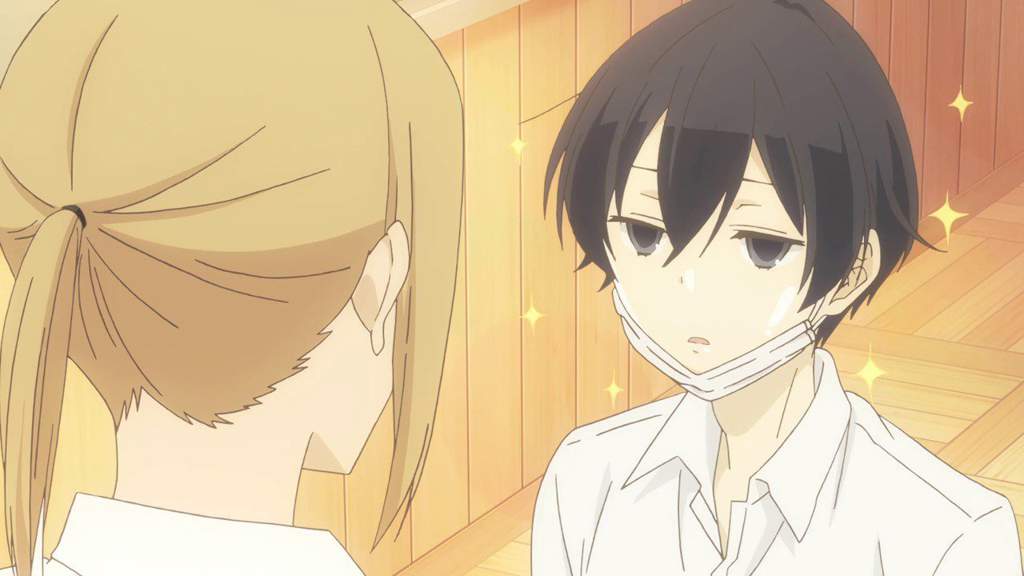 You will find that the reactions in this anime isn’t extremely exaggerated like in a slapstick comedies, for the most part they are timed pretty well! Because of this approach, this gives the audience time to react to what is happening in the scene before them. The plot is actually highly enjoyable … the story may be simple, but it will keep you interest. It wasn’t hard to follow the storyline which was nice, and refreshing. 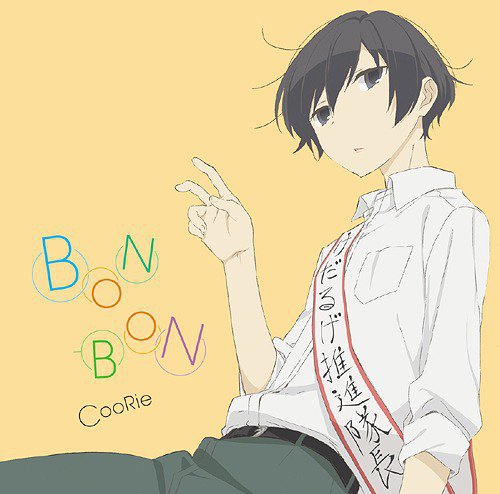 Tanaka is a listless student who is always dozing off and acting exhausted when awake. He is constantly sighing and refrains from any tiring work, all while being accompanied by his friend, Oota. Due to his disdain towards hard-work, he often relies on his family and friends (namely Oota, but this is not limited only to Oota) to assist him with activities. Tanaka is apathetic, and hardly ever outwardly expresses how he feels. When he does, it’s normally done in an apathetic-seeming manner as well and thus makes it seem like he’s mature at best and emotionless and uncaring at worst. He rarely does anything where he exerts more energy than required; however, he shows a surprising dedication to maintaining his lifestyle and daily routine, even going out of his way sometimes to maintain it even at the cost of expending energy he’d rather not expend. Tanaka is the type of person that only exerts effort only in things that he is either interested in or believes concerns him a great deal. 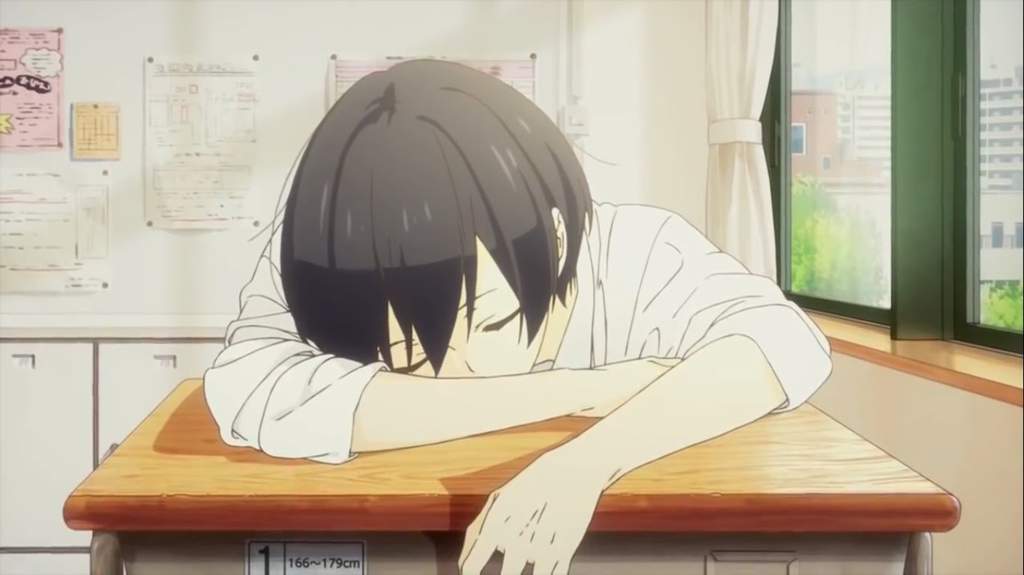 He is somewhat scatterbrained or clueless at times, coming up with eccentric-at-best ideas that hold some form of merit or have some argument behind them but end up resulting in something stupid or bizarre. Examples include the ONA specials (Tanaka-kun wa Kyou mo Kedaruge) where he lays out various ideas centered on how to buy food from the cafeteria lady. This, in turn, conflicts with the times where he shows genuine wisdom or insight into certain topics such as the conflict between Echizen and Miyano and his conversation with Shiraishi. His reasoning and point of view on their issues are birthed from his general demeanor and lifestyle, which actually brings with it a certain wisdom that work well for the people he interacts with. He once intended to get a lower score on a test just because that was his target, and he lost in an Othello match against Echizen but not before he managed to turn all of his remaining pieces into the Japanese character for the color white. This indicates that Tanaka is actually very smart and capable but only chooses to use his head for things he wants to use it for. 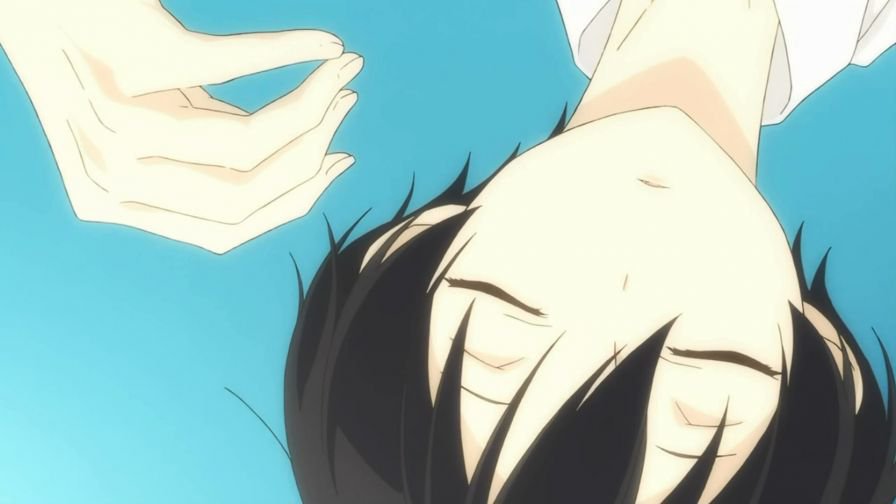 Sometimes, Tanaka’s demeanor and personality may come across as self-centered or overly demanding. He sometimes acts like a child, and other times like an incapable person. But he doesn’t mean anything he does badly or harmfully. He just genuinely desires an uneventful, peaceful life.(Source Wiki Fandom) 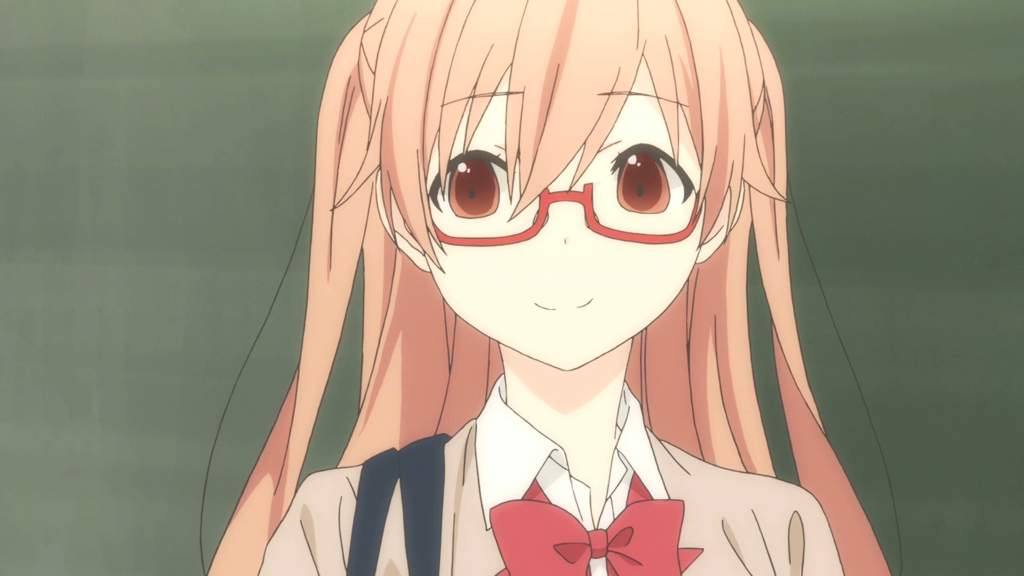 Shiraishi is responsible for her duty as the class representative. In addition of being beautiful, she’s intelligent and communicative. Thus, she is very popular among both males and females. She develops a crush on Tanaka, believing that he was able to recognise her real-self despite her different look. It is later revealed that it was in fact thanks to her bust size that Tanaka was able to recognize her although this is unbeknownst to her. (Source Wiki Fandom) 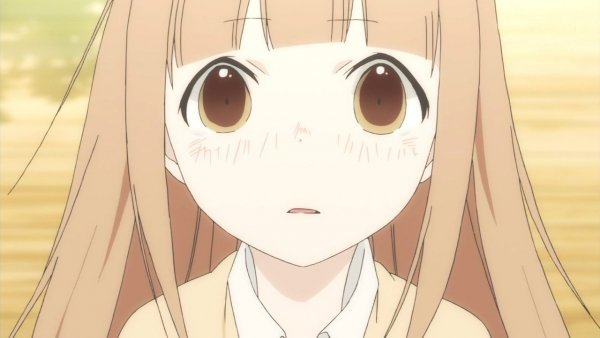 Miyano is an energetic girl who likes to make friends. She is Echizen’s girlfriend, and admires Tanaka’s listlessness and persistently approaches him to become his apprentice. Eventually, she comes to self-proclaim herself as his apprentice.Whilst looking oblivious to the eye, Miyano can catch on to situations quickly. This can be seen when she spots Shiraishi at the door staring at both her and Tanaka’s conversation and later approaches Shiraishi in an oblivious manner which made it seem as if the latter wanted to become his apprentice too. After confirming the friendships of Shirashi and Tanaka, she sends a message to her saying that she will cheer on Shiraishi’s pursuit in having a crush on Tanaka. (Source Wiki Fandom) 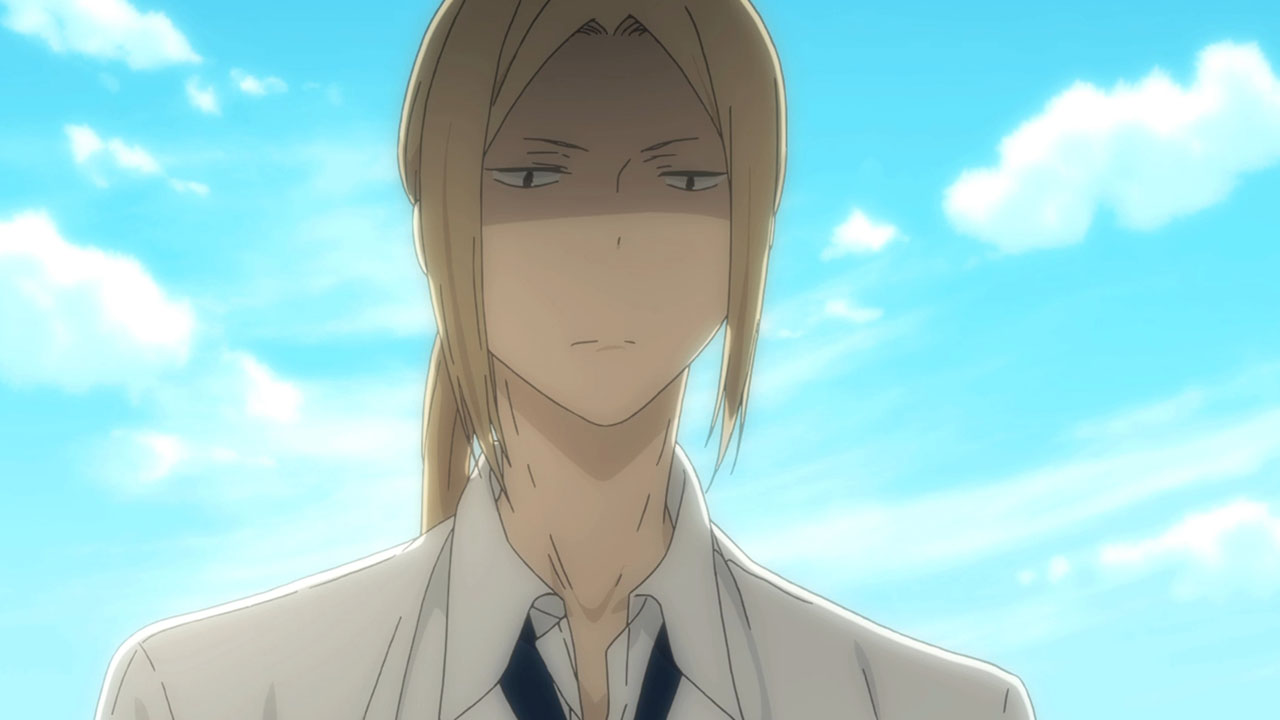 Miyano is an energetic girl who likes to make friends. She is Echizen’s girlfriend, and admires Tanaka’s listlessness and persistently approaches him to become his apprentice. Eventually, she comes to self-proclaim herself as his apprentice. Whilst looking oblivious to the eye, Miyano can catch on to situations quickly. This can be seen when she spots Shiraishi at the door staring at both her and Tanaka’s conversation and later approaches Shiraishi in an oblivious manner which made it seem as if the latter wanted to become his apprentice too. After confirming the friendships of Shirashi and Tanaka, she sends a message to her saying that she will cheer on Shiraishi’s pursuit in having a crush on Tanaka. (Source Wiki Fandom) 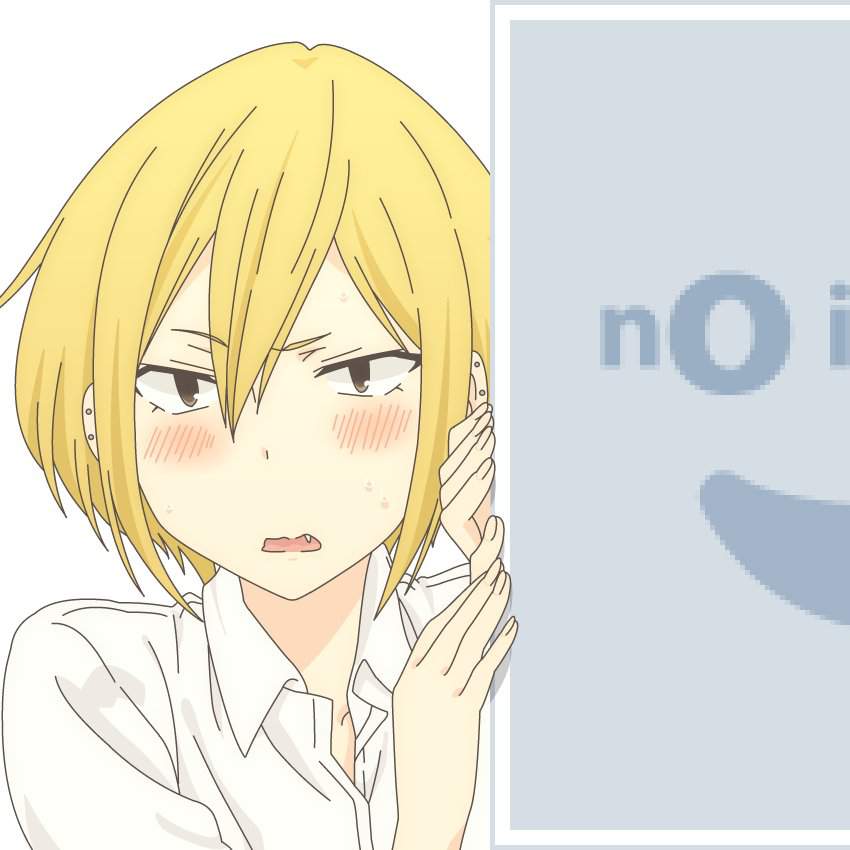 Echizen is quite aggressive toward anyone, excluding Miyano. She gets upset or angry about small things; one example is whenever Oota calls her ‘Ecchan’. She also lacks the ability to eat sweets if they are “cute”. She easily jumps to conclusions but is very dedicated to helping in what she believes in. (Source Wiki Fandom) 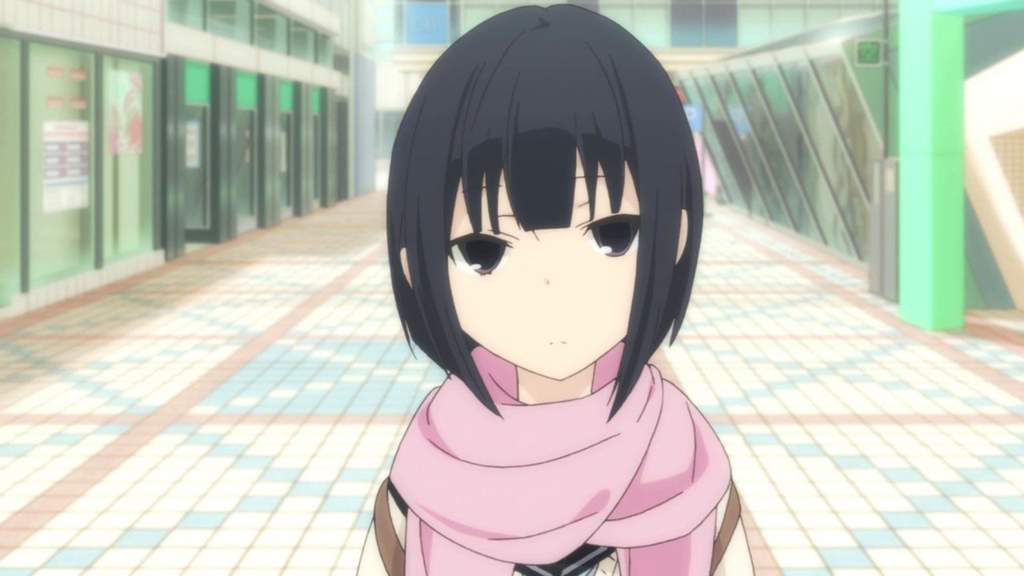 Rino is often told that she is similar to Tanaka as they both have a listless look in them. Unlike her brother, Rino is more consistent and is normally the one doing the shopping, cooking, cleaning etcetera. She has grown the habit of cleaning leathered shoes as shown when Oota paid a visit to Tanaka’s apartment. It is also shown that Rino has Brother-Complex, or “brocon” as she purposely gave Oota dark chocolate knowing that he loves sweet things and gave Tanaka hand-made sweets. She expresses a dislike towards Oota, brought about by Oota and Tanaka’s close relationship, and sometimes gets jealous. (Source Wiki Fandom) 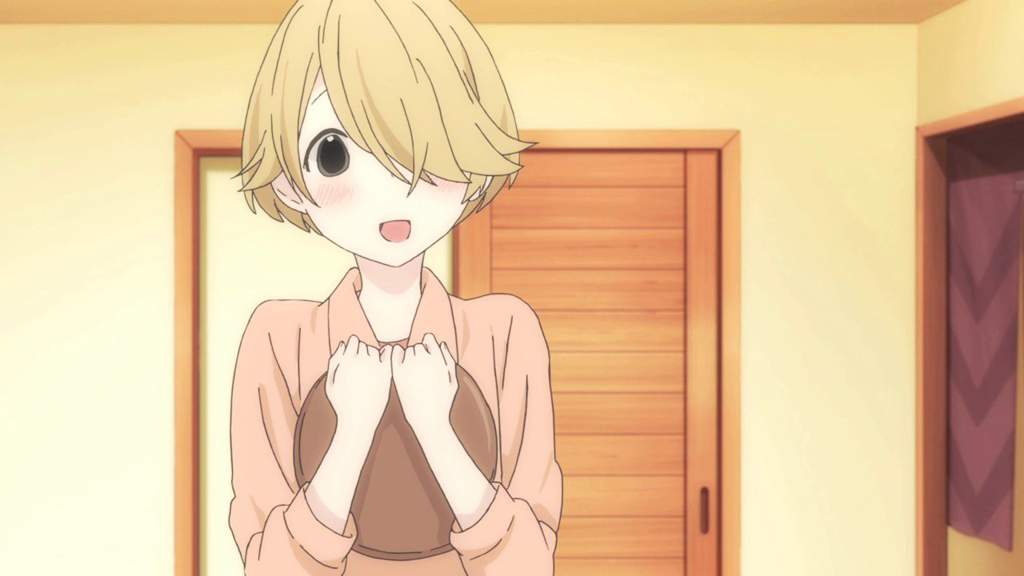 In Saya’s first meeting with Tanaka, she is shown to be very shy and reserved. Saya is seen with the same hair color as her own brother, but having side ways bangs that covers her left eye. She is seen having black eyes and also peach-blonde hair. She has the same school uniform and is from the same school as Rino. (Source Wiki Fandom)

The character movements are fluid, and the overall animation quality is consistent. You will find during the more comedic moments, the simplified animation quality adds to the humor. I really felt like the animation complements its art well. The backgrounds isn’t very animated, but it makes a nice contrast between the characters, and the background. I think, because of that the characters stood out more. The animation in Tanaka-kun is done pretty well … yes I have seen better, but I felt it was decent which isn’t a bad thing! 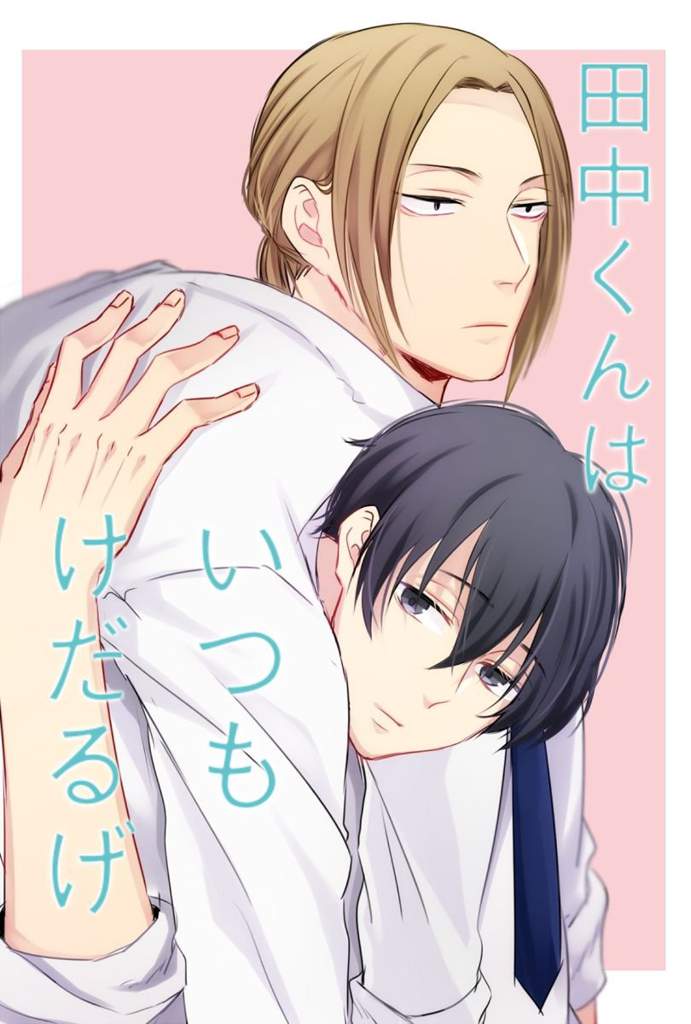 I wouldn’t mind if they came out with a second season at all. Honestly I binged watch all 12 episodes in one day … well actually through the night. Tanaka-kun the anime isn’t all over the place, it is a slow pace anime with lots of humor that I found very enjoyable. The characters in this series as I mention before were just simply fun, and enjoyable to watch. It wasn’t very hard to like each of the characters in this series. Though the anime animation was overall decent I like to think that it had its good points, and was actually kind of refreshing. The characters really did stand out in this anime … which I think is an important factor to any good anime.