Nothing more exciting than upcoming manga to look out for. I mean come on with school finally kicking back in, and adult keep on adulting .. what better way to relax after a long tiring day than reading a good ass manga.  In this blog I will be presenting upcoming manga that have not been released yet. I think the titles I am going to name off seem pretty damn awesome. Personally, I am pretty excited for a few these manga’s to be released.

Summary: On the island of Wakoku, the civil war offers anyone the chance of becoming a hero — from fishing women to bastard children, any can make a name for themselves by working through the rigorous ranks of the army. Hinowa, a young woman with extraordinary skills, is determined to do just that, but soon learns things may not always go to plan…More than ten years after a disastrous battle, the war is still ongoing, and a girl with black hair and black markings washes up on shore…

Hinowa ga CRUSH will be released September 25th, 2018 … you can find a copy of this manga on amazon if not your local bookstore. Hinowa ga CRUSH is apparently a continuation of Akame ga KILL manga series. Which is written by Takahiro, and features illustrations by Strelka. I have high hopes for this manga! Akame ga KILL is absolutely amazing in my book so I expect this manga to be just as amazing if not better!

Summary: Experience the world and characters of the hit video game franchise! When alien forces invade with an army of Machines, the remnants of humanity must depend on Androids of their own design—the placid 2B and the excitable 9S—to survive.

NieR:Automata: Long Story Short by Jun Eishima, and Yoko Taro is expected to be released on amazon October 9th, 2018 by VIZ Media LLC. The first volume of NieR will be 256 pages long. I must say this looks like it will be a pretty interesting read. Honestly, it seems like a manga will be right up my alley from what I have read online so far. Sadly it will only have two books so lets hope the two books are filled with greatness.

Summary: It’s here! The creator of Fairy Tail, manga superstar Hiro Mashima, is back with a high-flying space adventure! All the steadfast friendship, crazy fighting, and blue cats you’ve come to expect… IN SPACE! A young boy gazes up at the sky and sees a streaming bolt of light. The friendly, armor-clad being at his side tells him gently, “That’s a dragon.” The fact that he’s joking isn’t important. What’s important is the look of wonder on the boy’s face… and the galaxy-spanning adventure that’s about to take place! Join Hiro Mashima (Fairy Tail, Rave Master) once more as he takes to the stars for another thrilling saga!

Edens Zero 1 by Hiro Mashima is expected to be release on Amazon November 6th, 2018 by Kodansha Comics. The first volume of Edens Zero 1 will have 192 to pages of fun filled reading. If you’re a fan of the big hit anime/manga Fairy Tail I think you will want to put this on your wish list. since Fairy Tail will be coming to an end I have a filling this graphic novel will be getting a anime adaption if it sells well! What really grabs my attention is the fact that they will be in space! I am super curious to see how this series is going to turn out, and I would be lying if I said I wasn’t excited for some space fights lol.

The Ghost in the Shell: Global Neural Network 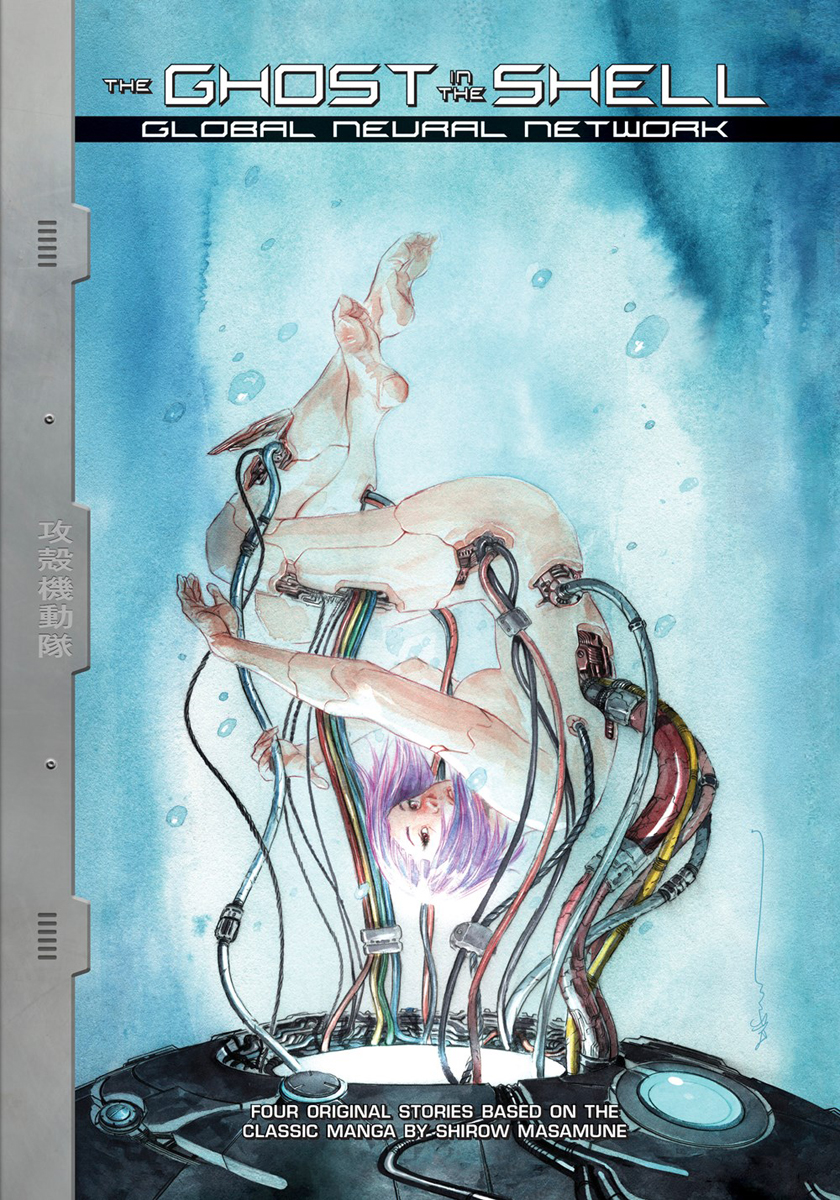 Summary: A covert mission in Shanghai reunites Kusanagi with a wartime rival amid shifting loyalties. The infiltration of an anti-cyberization cult calls for Section 9’s most “human” members to do things the old-fashioned way. A deep dive into the mind of a criminal forces Kusanagi to question the nature of imagination – and her own identity. The stories in Global Neural Network bring a 21st-century perspective to its questions of human identity and the border between mind and machine that made The Ghost in the Shell one of the most revered manga of all time, and unleash top Western comics artists on eye-popping action scenes starring Kusanagi, Batou, Togusa, Aramaki, and all the members of Section 9!

The Ghost in the Shell: Global Neural Network and its many authors, and many illustrators that I am to lazy to list out for you will be released on Amazon October 16th, 2018 by Kodansha Comics. This beautiful graphic novel will have 160 fucking awesome pages to awe at.  Guys I am a HUGE Ghost in the Shell fan .. words can not express how excited I am about this being release. Like Shit hurry up October lmao! What is really cool is Amazon provides you really neato information that is provided by the publisher. On a very serious note when I get paid Friday I will be pre-ordering this.

Summary: Massage therapist Naoe gets an unusual visitor to the Smiley Boar clinic: Elfuda, a beautiful elf from another world who’s addicted to junk food! As Naoe works with Elfuda to help her lose her excess weight so she can return home, he starts to realize that there are other fantastical creatures with epic curves in desperate need of his help.

Plus-Sized Elf by Synecdoche will be available on Amazon by October 23rd, 2018 by Seven Seas, with 180 fun filled pages to read. This looks like it will be a great little comedy mixed with sexiness.  I am a little on edge on rather I will read this or not. I think I might wait for some chapters to appear online to determine rather I buy a copy. I am afraid it might lean more toward the ecchi side. I am not a huge fan of ecchi anything to be honest. I don’t mind a little, but some manga’s, and anime’s go overboard. However, I know some people do enjoy ecchi content so I figured I would share this  … why? Because I love you guys with all my tiny might!

As Always thank you for those who do take the time to read my blog … I am not much of a writer, but it is fun to share my thoughts on my two favorite subjects so again thank you! I hope you find one of the manga titles above interesting … I would love to hear your thoughts in the comments below.